Android Phone with Lightning Port? Engineer Who Made USB-C iPhone Has a New Project 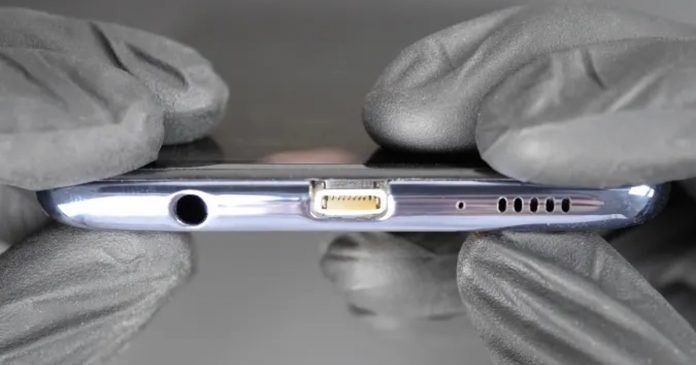 After creating what was billed as the world’s first iPhone with a USB-C port, engineer Ken Pillonel is back – this time with an Android phone with Lightning port. The project is a bit of an experiment at best, and not one that truly underlines a productivity upgrade. However, it does showcase things that engineers can do when they put their minds to it, also in terms of the scope of modifying that modern day personal gadgets and hardware bring to the table.

Android phone with Lightning port: how it works

The Android phone with Lightning port was done on a Samsung Galaxy A51, and saw its standard USB-C port swapped out for a Lightning port. On the face of it, this was a rather pointless swap since both USB-C and Lightning are reversible ports. However, USB-C is the obvious way forward for universal compatibility, and Apple itself has been making moves towards migrating away from Lightning ports.

One of the biggest roadblocks towards fitting Lightning ports into an Android phone is because of Apple’s proprietary usage of the port in question, which restricts it from working on any device apart from Apple’s own. This meant that the engineer had to bypass restrictions in terms of firmware permissions, and trick the port into registering the Android device as an Apple one only. This typically requires bypassing certain hardware restrictions, as well as software signatures to unlock the usability of the Lightning port.

This ensured that the Lightning-equipped phone didn’t just have the port, but also enabled the port to read and write data, as well as be used for charging of the smartphone. According to an Engadget report on the same, the phone could thus work properly without any restrictions.

However, Pillonel subsequently decided to not auction the phone or sell it online, after having run into issues with the same with his previous USB-C iPhone. The device is therefore a sample of its engineering abilities, which makes it a one-off in any case.