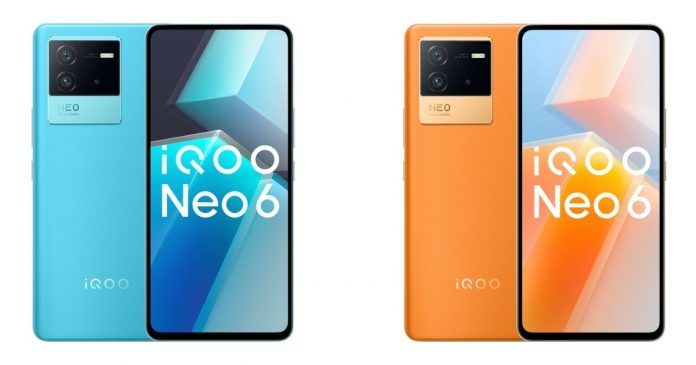 Iqoo Neo 6 will be the first smartphone in the Neo series in India. The device will be priced between Rs 30,000 and Rs 35,000 in India. While Iqoo has not yet officially announced the launch date, an Amazon notification revealed the details. According to the push notification, the Neo 6 India launch is set to take place on May 31.

Iqoo has already confirmed some key details of the device. For starters, the phone will come with a Snapdragon 870 SoC in India. This is different from the Neo 6 in China, which has a Qualcomm Snapdragon 8 Gen 1 SoC. It is highly possible that the Neo 6 India variant will instead be a rebadged Iqoo Neo 6 SE, which was launched recently in China.

The India variant of the Neo 6 will also feature 80W fast charging support, which is also found in the Neo 6 SE in China. It is possible that the phone packs a 4700 mAh battery.

The device is also likely to sport a 6.62-inch AMOLED display with a Full HD+ resolution. It will have a 120Hz refresh rate and a hole-punch cutout at the top centre. The phone will also feature a triple-camera setup on the back. It will have a 64MP main camera sensor, along with a 12MP ultrawide camera and a 2MP black and white sensor. For selfies, there will be a 16MP front camera inside the hole-punch cutout.