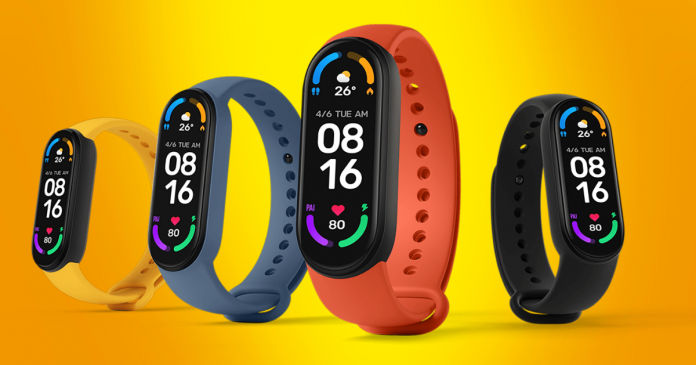 Xiaomi has made it big over the years, specially in the smartphone and wearable segments. In India, its wearable devices such as the Mi Band, have particularly gained popularity considering the number of features it offers and at a really affordable price tag. Every year the Chinese tech firm updates its smart band series and in 2022 it’s doing the same.

We have been hearing about the Mi Band 7 since the past few weeks and today the company has finally given a confirmed launch date. The announcement comes via the firm’s Weibo account as a part of official posters. Besides revealing the date, the post also reveals the Mi Band 7 design.

Xiaomi will be unveiling its Mi Band 7 before the world on May 24. In case that rings a bell – it is the same date when the firm is launching the Redmi Note 11T series. However, fans outside China would have to wait for a few more weeks as the company, as always, will be launching both devices in its home country first.

From the looks of it, the Mi Band 7 will be sporting a familiar pill-shaped design like what we’ve seen in previous versions. So don’t expect a major redesign this time as well. However, the screen size will be bigger at 1.62-inch. This is slightly bigger than Mi Band 6’s 1.56-inch screen size. We expect that a bigger screen will be able to show more complications and features, making information easy to read. The poster adds the inclusion of NFC functionality along with features like heart rate sensor, blood oxygen sensor and other sensors to measure exercise. There’s also a built-in weather app, music control and alarms.

While a lot has already been confirmed by Xiaomi, some others are still making rounds in the rumour mills. Based on a couple of previous listings and leaks, the Mi Band 7 is expected to get 192 x 490p resolution, an always-on display feature and built-in GPS support. Powering the wearable could be a 250mAh battery.

Read More  Apex Legends Mobile Launched in India: All You Need to Know About Download