On Amazon, a new tester for the upcoming Galaxy M series phone went live earlier today. The teaser says “The all-new Galaxy M, Coming soon” and apart from that the shows us the two colours of the upcoming phones, which also confirms the features like a side-mounted fingerprint scanner, headphone jack, and USB Type-C charging port.

While the Amazon site does not reveal the phone’s name, the source code of the Amazon teaser page confirmed the phone’s name as the Samsung Galaxy M33 5G. Since the phone has already been announced, we can expect the India launch to happen next week, as suggested earlier. 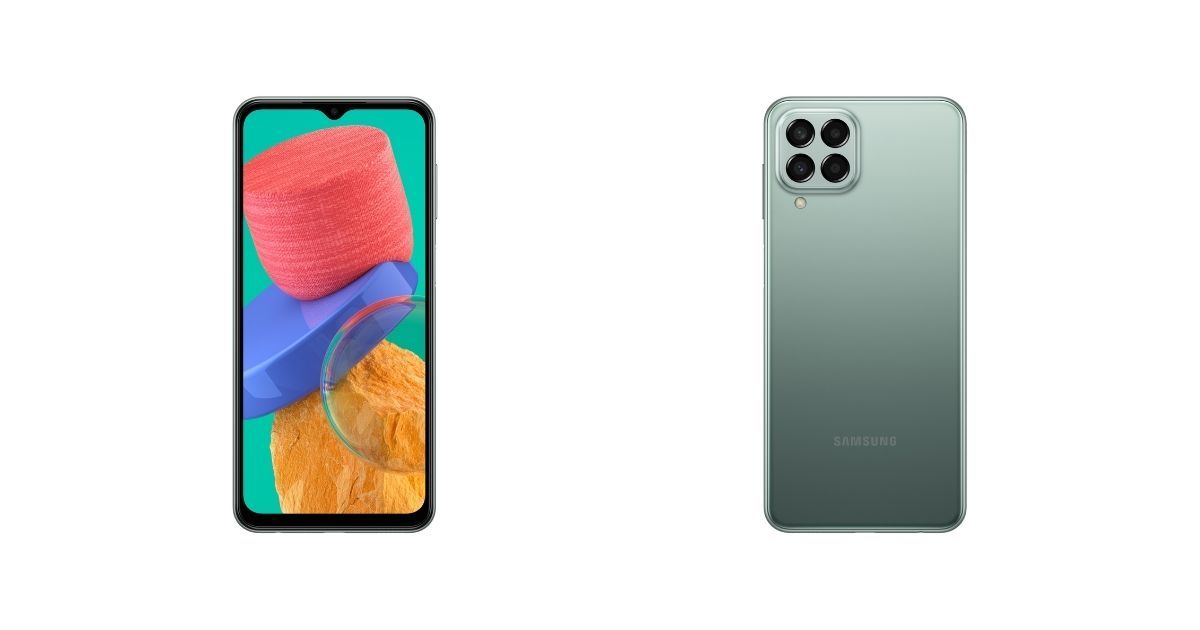 The Galaxy M33 5G comes with a 6.6-inch TFT FHD+ (1080 x 2408) display and the screen refresh rate is unclear at the moment. Under the hood, the phone is powered by an octa-core chipset with up to 2.4GHz clock speed. The exact chipset is still a mystery. It comes with up to 8GB of RAM and 128GB onboard storage. It is backed by a 6,000mAh battery and Samsung will not ship the charger in the box.